About the Authors and Publisher

Dorothy Fadiman has been producing award-winning social change media since 1976. Honors include an
Oscar nomination and an Emmy. Subjects focus on social justice and human rights and range from the light
of Spirit in every faith (Radiance: The Experience of Light) to progressive education that honors children's natural knowing (Why Do these Kids Love School?) to the extraordinary healing journey of a woman with
a spinal cord injury (Moment by Moment: The Healing Journey of Molly Hale). She has produced several series, including a trilogy on abortion rights (From the Back-Alleys to the Supreme Court) -- and a five-part series on AIDS in Africa (Seeds of Hope). Her most recent film is STEALING AMERICA: Vote by Vote, which examines the integrity of a decade of U.S. elections. Future projects include a documentary focusing on the disenfranchisement of Native American voters. PRODUCING with PASSION follows her career and offers specific suggestions, based on what she has learned, for independent filmmakers to use in their work as they find their unique voices through filmmaking.
Fadiman's Films Include:


RECLAIMING Their VOICE: The Native American Vote in New Mexico & Beyond
STEALING AMERICA: Vote by Vote
SEEDS of HOPE: Meeting the Challenge of HIV/AIDS in Ethiopia
From the BACK-ALLEYS to the SUPREME COURT & Beyond: Four Films about Reproductive Rights
WOMAN by WOMAN: New Hope for the Villages of India
MOMENT by MOMENT: The Healing Journey of Molly Hale
RADIANCE: The Experience of Light
Why Do these Kids Love School? 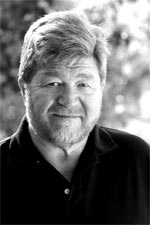 Tony Levelle is an author who has over thirty years experience in the fields of technology and filmmaking. In the technical field, he has written more than 300 manuals on subjects ranging from the internals of internet architecture to basic user's guides for high tech products. His film interests include digital technology and storytelling through a range of styles and techniques. He has made short films on many subjects, including family farms, hospice care and the Tatagata tea ceremony. In addition to teaching basic filmmaking at Carle Continuation Studies in Northern California, he launched the Lake.org Film Festival in order to encourage and recognize student filmmakers in his community. His goal through his writings and the classes he leads is to empower students and emerging filmmakers with the tools, skills and resources they will need. He is a certified Bikram yoga teacher and strives to bring the skills and patience developed in his yoga practice to his writing and filmmaking. His latest book, "The Love Intensive: A way to manifest more Love in your life", can be purchased at https://www.amazon.com/dp/B08RX4VSX5/
To learn more about Tony, visit www.tonylevelle.com.
Contact: info@tonylevelle.com 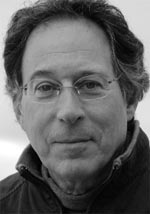 Michael Wiese is an American director, producer, author, and publisher with over 35 years experience in film, television, pay TV and home video who presently lives in Cornwall England. He was former vice president of Vestron Video where he developed, produced and/or acquired over 200 programs which earned over $100 million in wholesale revenues. He created a comedy line with videos from Whoopi Goldberg, Robin Williams, Richard Pryor, Billy Crystal and many more. He launched video lines for National Geographic, The Smithsonian, NOVA, Audubon and PBS Home Video. He was a consultant to Republic Pictures, Hanna Barbera and National Geographic. Michael's producing and/or credits include Shirley MacLaine's Inner Workout, The Beach Boys: An American Band, Hardware Wars, Dolphin Adventures, Diet For A New America, and Field of Fish. He has written eight film books including Film & Video Budgets and The Independent Film & Videomaker's Guide.
To learn more about Michael Wiese Productions, visit www.mwp.com.